Though Wu-Tang’s influence is visible across modern pop culture, we supported the launch of Hulu's An American Saga to build intrigue in their story and the broader group. Our work with Hulu sought to empower the series to appeal not just to fans of Wu-Tang, but rather to a wider audience of premium drama viewers. 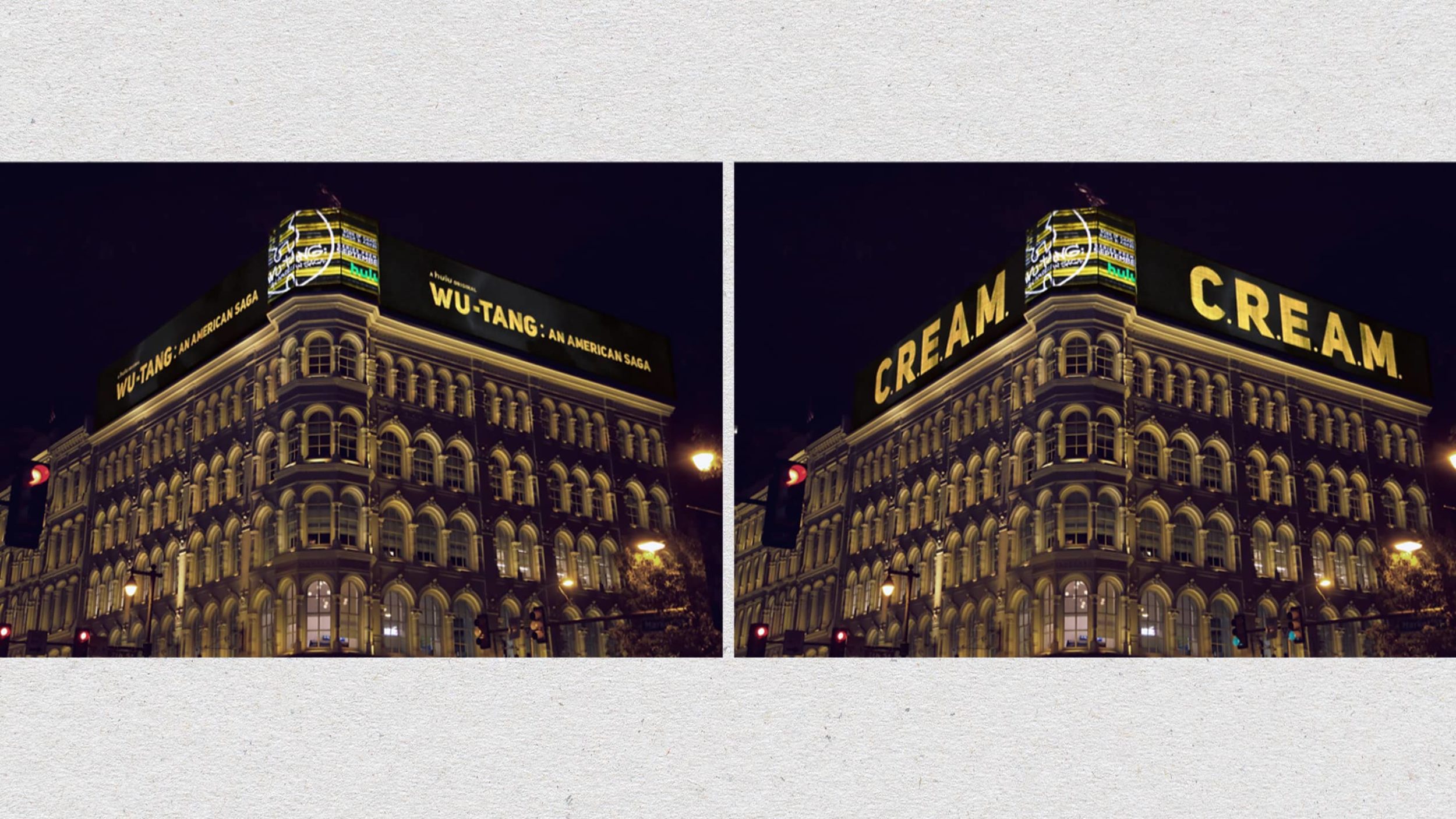 Lead by the message “Made in America,” our campaign strove to connect viewers to the universality of the human experience through the eyes of seven young men in a warring community set in the 1990s. Our creative campaign highlighted the strength and kinship born between the Wu-Tang Clan members and showcased the classic American underdog success story.

Our creative campaign highlighted the strength and kinship born between the Wu-Tang Clan members in the warring ‘90s and showcased the classic American underdog success story. We brought in colors and symbols that the fans would recognize in unexpected and subtle ways (do you see the “wu”?) to appeal to those fans but primarily focused on the characters, rather than the musicians, to sell the story. 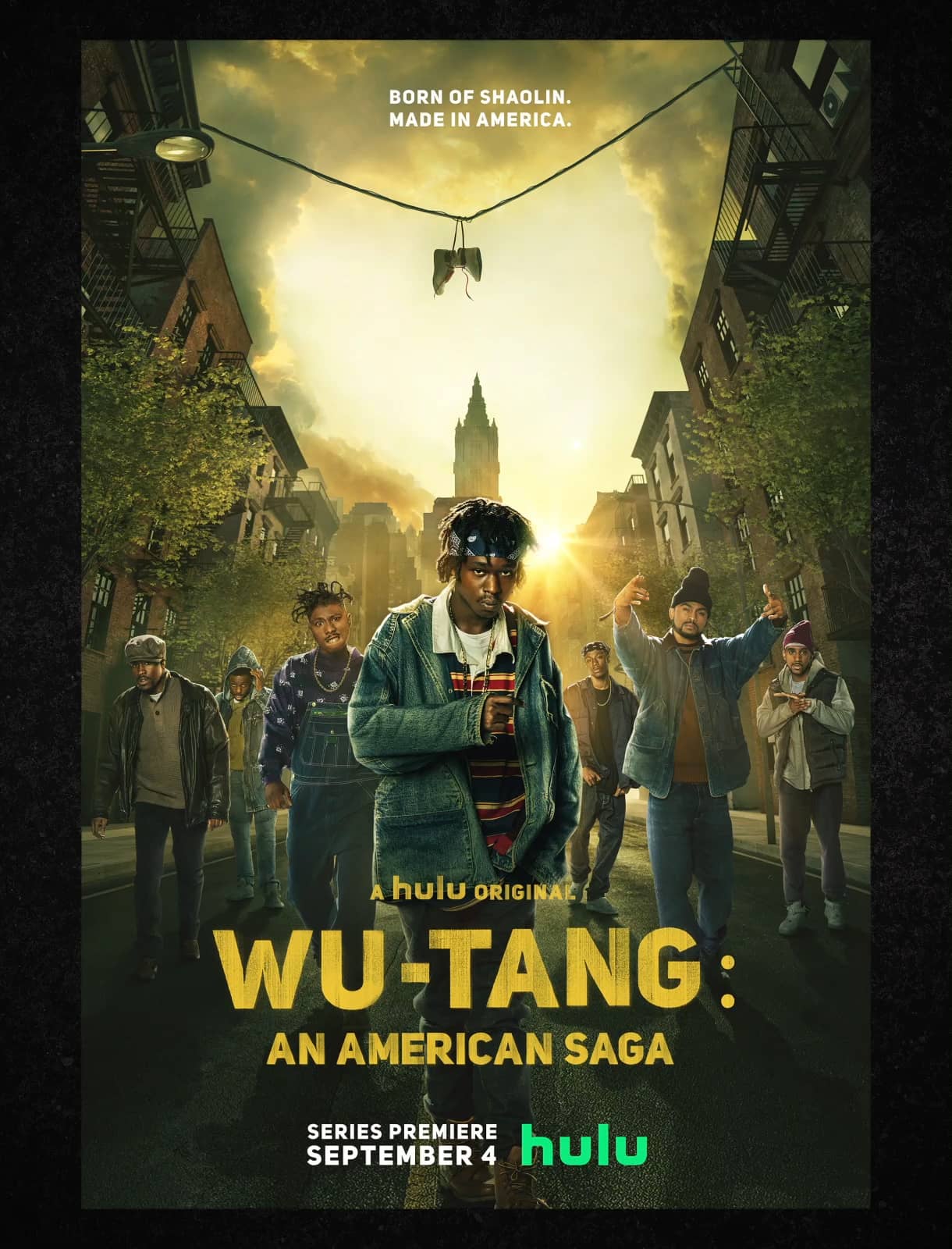 Expanding upon our creative direction, we created dynamic digital units that enabled us to push culture through the lens of modern media. 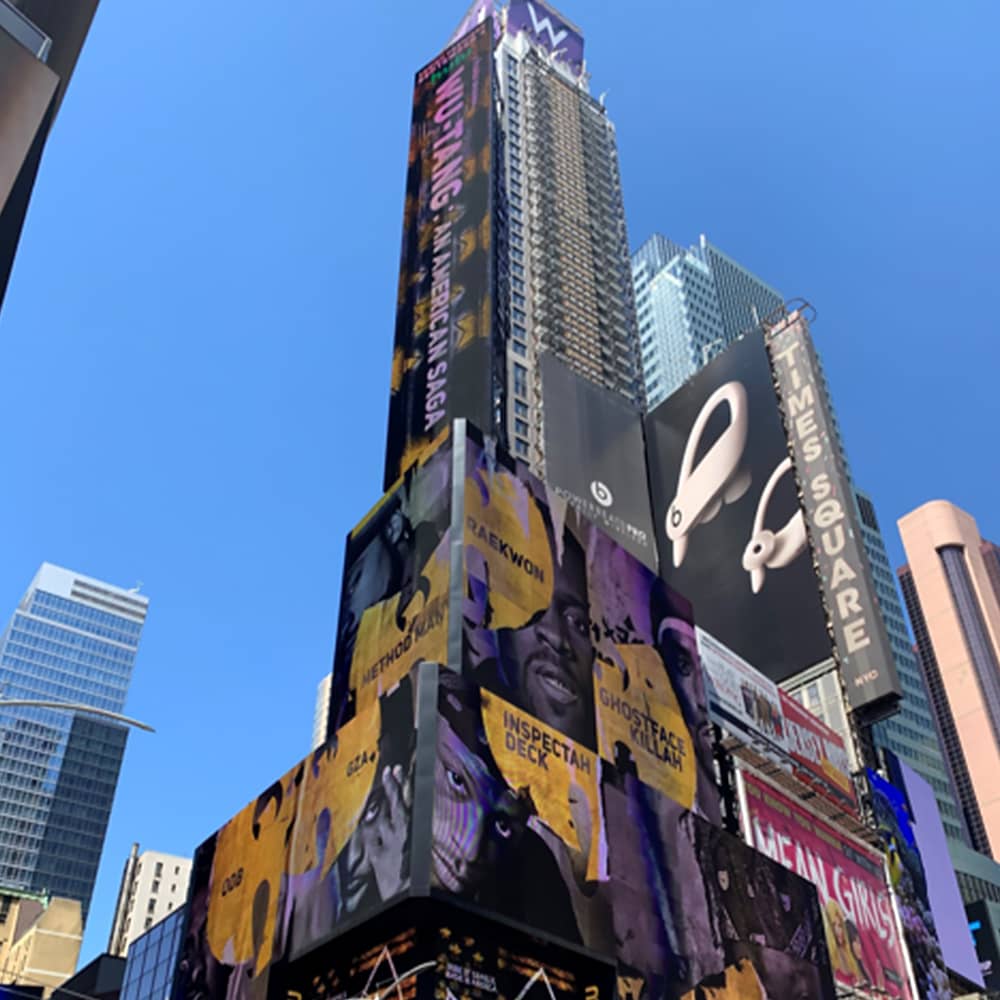 We focused on the characters; pairing actors’ portraits with the names of the iconic band members they portrayed in order to capture attention and sell this story as a fictionalized retelling—setting it apart from other documentaries airing at the same time. 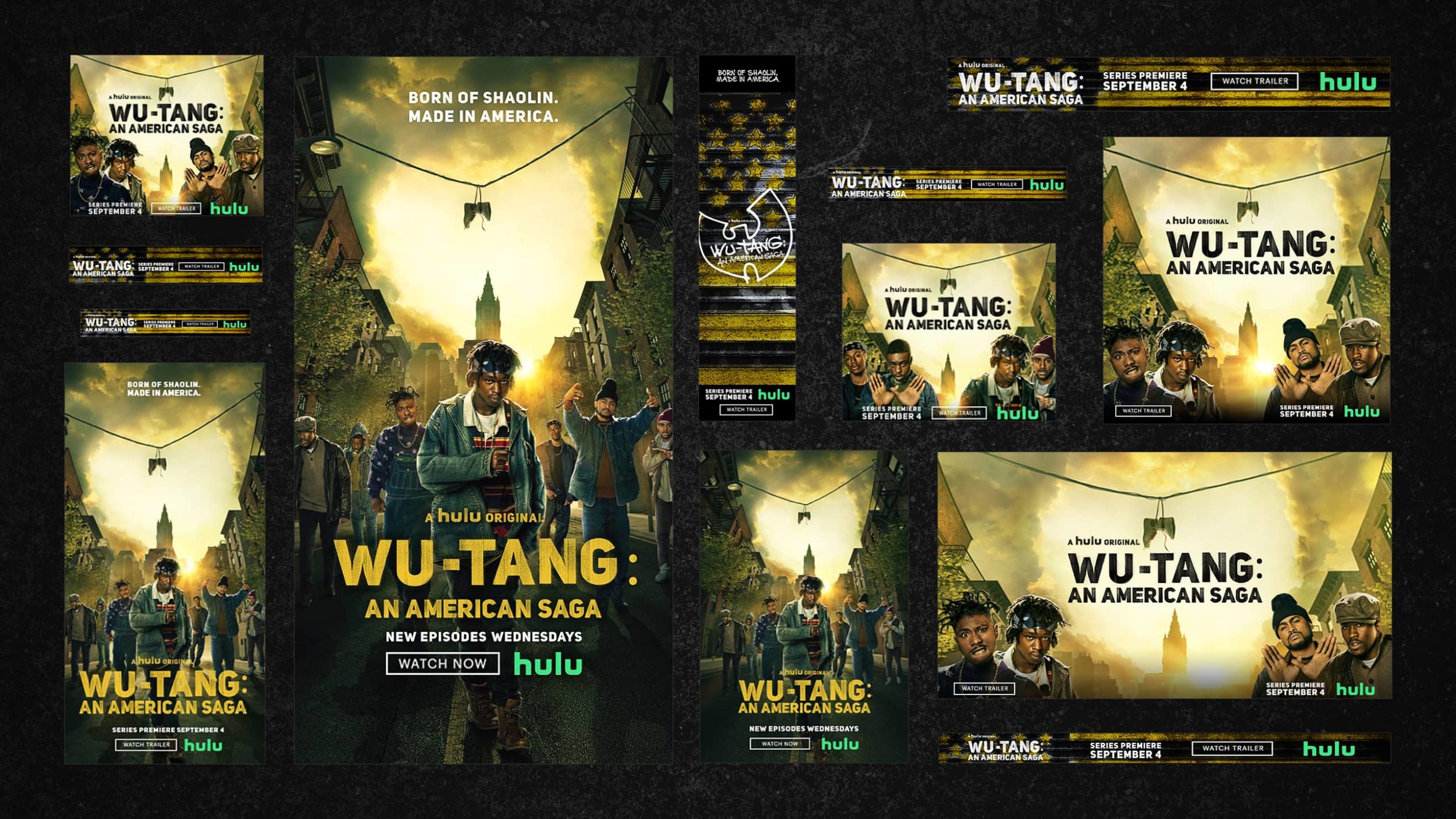